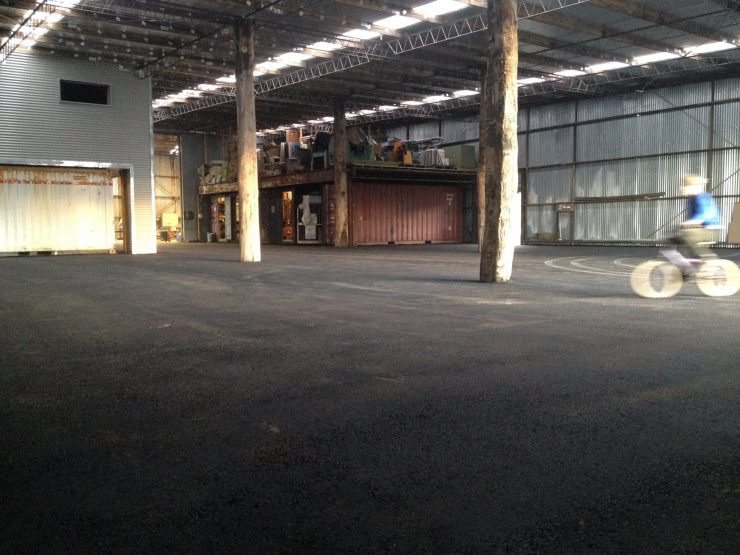 it’s been over three weeks since i’ve posted (which would have made it all of 3 posts in total to date for the salvage yard… woot!)… and the sad thing is, that it’s been the nagging in the back of my mind. I know that facebook will dump us down it’s list… and frankly… it’s ok… it’s been a mad and bad few weeks… rain agogo and the impending urge to flee… to boot! Nonetheless… i thought I’d post a little pic of something positive that HAS been achieved though… and that is the freshly asphalted floor in the big shed! For over a year now, we have been trawling through ankle deep bulldust, dragging it into our tool lockups and through the office and digging it out of our nostrils at the end of each day… but now… a new surface to dust up!
ooroo.